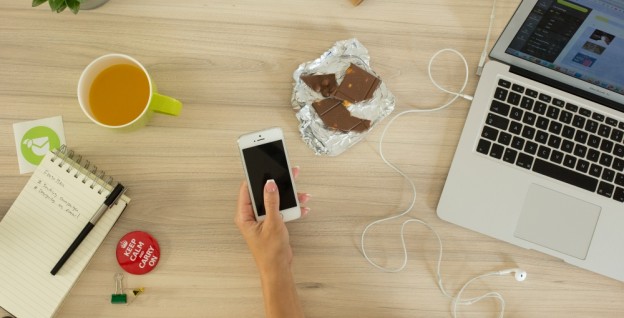 The world of application software has opened up a modern-day gold rush for contemporary tech entrepreneurs and businesspersons. The rise of the global IT industry has helped many businesses to flourish and grow. The app industry is no exception. Anyone with the desire, and some coding skills, can now develop an application that can be used by mobile and desktop users alike. The Google Play Store, Apple Store, and Amazon App store are some examples of popular platforms where mobile and desktop applications can be published by a developer.

If you are new to the world of mobile app development, then you should definitely study some of the most popular app monetization strategies that are widely used by experienced developers to earn revenue from their mobile applications. You need to earn a steady stream of revenue from your app in order to maintain and upgrade it in the future. Moreover, monetization is also needed to help you cover the initial costs of developing and publishing the app. A quality app monetization strategy will also allow you to continue pursuing your passion for developing more apps and release them in the market.

Advertising is the easiest way of monetizing an app. By hosting and displaying third-party advertisements on your app, you can earn substantially every time a user clicks on the displayed ad. You can use both banner ads and interstitial ads to earn revenue through your app.

Banner ads are rectangular windows displaying the advertisement, that appear at the top or bottom of your screen. Interstitial ads, on the other hand, cover up the entire screen and should be used sparingly and at appropriate intervals. You can use them between game levels or when the user is about to open or close the app. You might also choose to go for short video ads that play before a person has started using the app, or after they are done with a particular task on the app.

Many apps can be downloaded free of cost from one or more app stores. However, sometimes only the basic version of the app is available for free. This version offers only the basic or primary functions and utilities of the app to the user. This basic version allows users to get some experience with the app and understand its functions and benefits. Many users may not be willing to pay for an app that they have never used before.

By allowing them to get a sample for free, you can help users develop an interest in your product so that they would be more confident in their decision to spend money on it in the future. Then, you can give the user the option of unlocking the paid version of the app. The paid version – also known as the premium account – will offer many more features, functions, and utilities to the buyer. Sometimes, the basic version of the app might contain advertisements which can be removed if the user opts for a paid or premium account.

This type of monetization strategy is particularly effective when it comes to media apps such as magazines, journals, music players, etc. Users can read some articles or download some songs using the basic, unpaid version of the app, but the paid, premium version allows them to get access to a much greater variety of quality content. Some gaming apps also utilize this strategy, making the initial levels of the game available for free. However, if a user wants to play the more advanced levels, then he/she would have to opt for a premium account.

In-app purchases is an effective monetization model that is exceedingly popular with a plethora of gaming and entertainment apps. Many mobile games use this approach to generate revenue. At every level of the game, users are given the option of buying in-game items or artifacts that would improve their chances of winning the game and progressing to the next level. Items that can be bought include extra lives, energy boosters, gaming artifacts, virtual weaponry, medicines, extra skills, more powerful characters, and much more.

When the player buys an item, it helps him or her progress to the next level, where he/she again has the option of making another purchase. This keeps the player interested in the game and ensures a stream of steady income for the game developer. This is one of the most effective app monetization strategies for certain categories of apps because users are more likely to spend money on a game they already enjoy, than paying for a game that they have never played before.

Another advantage of this monetization strategy is that no third parties need to be involved in the transaction, such as with advertising. Furthermore, users are likely to become even more invested in a game that they have spent money on and hence would stick with it longer than they would have if they were playing it entirely for free. It is a good way to get users hooked to your product before you ask them to pay for it.

It can be said, therefore, that making money in the app market is neither easy nor effortless. However, it ispossible. With hard work and the right app monetization strategies, you too can fulfill your dream of becoming a commercially successful app developer and Internet entrepreneur. Constantly updating yourself on the latest market trends, studying and adopting the best ideas of your competitors, and not giving up when the going gets rough, are the things that you need to do in order to set yourself apart from the thousands of people who publish application software on the Internet every day.

Jose Lopez is a Software Engineer, currently working as a Product Manager at Mobixed, the leading mobile application development company of California. In his 20+ years of experience, he has built robust apps that are simply loved by mobile users. Jose is well-versed with the art and science of creating mobile apps that successfully market businesses.